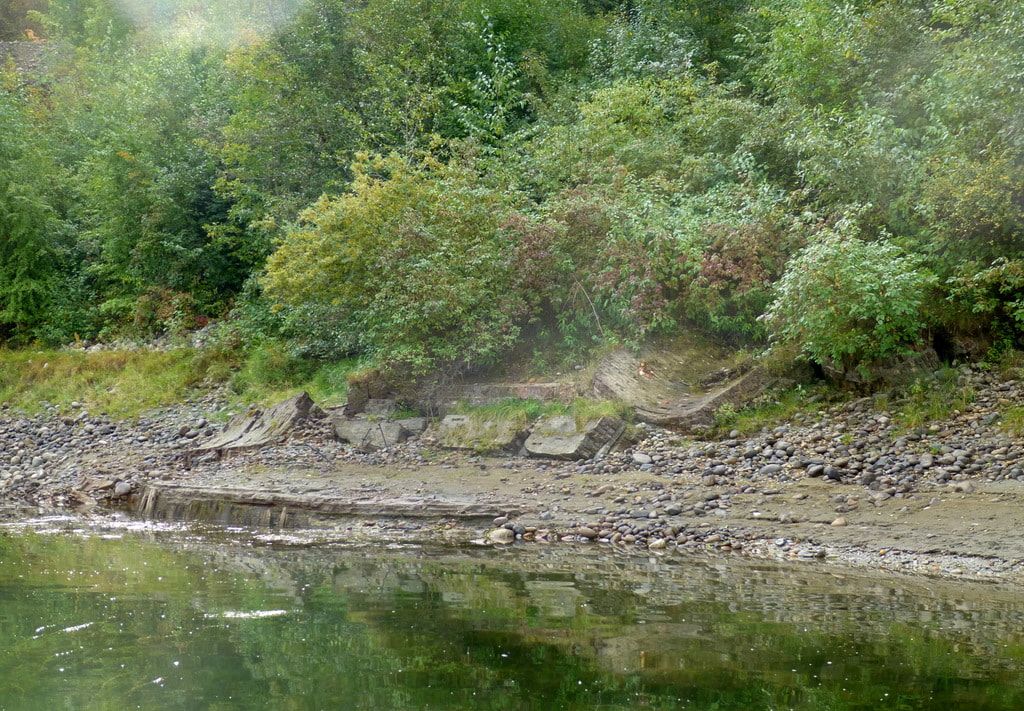 There is a ruin of a brick structure at the river's edge out past the boat launch.  Dating back to the time of the smelter, what would have been it's purpose so close to the water? Even under water part of the year? It has been the source of much speculation over the years.
As seen in the above photos, there is a foundation approximately 16 ft. by 32 ft. with ends that are round, massive fallen down walls 30 in. thick, beams and long bolts embedded in the floor, a nine inch diameter steel pipe stub and according to a local informant, there was a buried, brick lined tunnel running up the hill at a steep angle. 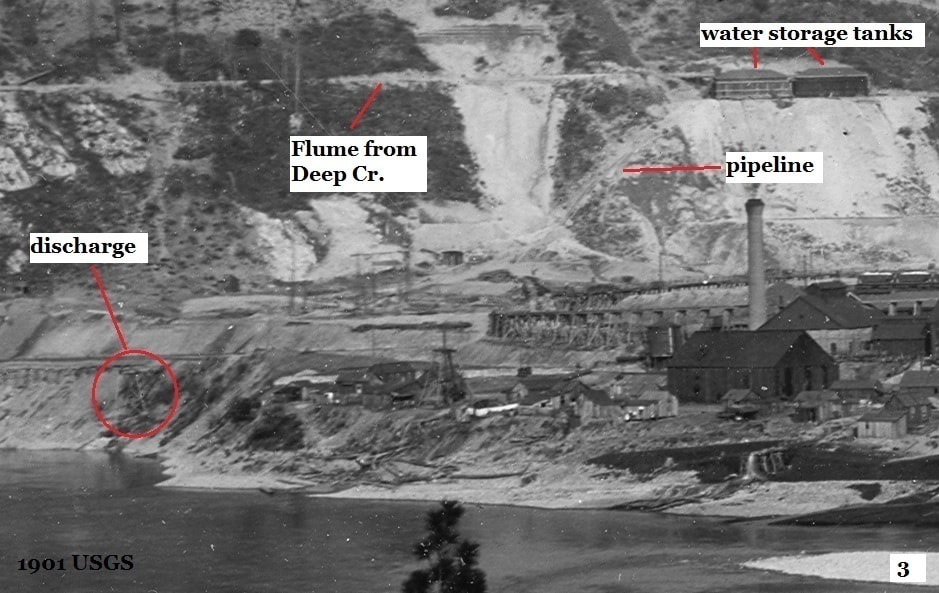 The upper photo shows what the area looked like in 1901.  Water was supplied to the smelter by means of a flume beginning at Deep Creek falls and running about two miles to two large storage tanks on the hill behind the smelter. There is a visible trace from the tanks to the general area above and beyond the present day boat launch. This trace follows a pipe visible in the lower 1899 photo. The pipe may have been buried, leaving the trace. There is a pipe on a trestle discharging water into the river, circled in the 1901 photo.  It is believed that this discharge is overflow from the flume for the times when there was more water coming in than the smelter could use.

THE SMELTER
The management is engaged at the present time in digging ditches, laying pipes, and putting in a large pumping outfit to the river, so that in the event of the present water system getting out of order or the supply proving inadequate no close down will be necessary for lack of water.

Their concern over water supply was well placed.
from The Nelson Tribune   Nov 23, 1901:
The brick structure could have housed this "pumping outfit". The overflow pipe was already in place and could be used to pump river water up to the tanks, the beams and bolts in the floor would have been to mount pumping equipment, and the massive walls and rounded shape would have been necessary to protect the equipment from the pressure of high water on the river.